The time has come,’ the Walrus said,

To talk of many things:

Of shoes — and ships — and sealing-wax —

Of cabbages — and kings —

And why the sea is boiling hot —

And whether pigs have wings.’

The Walrus and the Carpenter by Lewis Carroll

Yes the time has come to talk of many things. Western civilization is declining and will, without draconian measures, ultimately collapse from multiple causes. As imperfect as Western civilization is it is the best humanity has come up with to date. Western civilization is not unique in and of itself and can best be described as a compilation of some aspects of all civilizations throughout history. It took what was considered the best and what worked from all the past cultures, societies and civilizations and incorporated them into Western civilization. Western civilization is also a work still in progress. It can move no faster than humanity can absorb it. Western civilization, although secular, sprang from the seeds of Christianity but the soil was tilled and the seeds planted during the eight to ten thousand years before that starting with the advent of agriculture. The fact that much of the culture of Western civilization has appealed to so many and is presently dominating the globe, (even among those that claim to despise it), gives credibility to its desirability and viability. The time has come to accept reality and realize we have some hard choices to make. If we do not make them worse choices will be made for us by circumstances beyond our control and Western civilization will collapse. These forced choices are now unthinkable and unimaginable but if our problems are ignored or mismanaged they are unavoidable and inevitable. Most that slander Western civilization owe their very existence to it and if it collapses they and all the gains in knowledge and human rights will collapse with it and we will face a world far more dark and barbaric than the Middle Ages. Many think a glorious Phoenix will arise from the ashes but there will be no glorious Phoenix only the Four Horsemen: Pestilence, Famine, War and Death. Nor will there be any place to run because economically, socially and environmentally we are also heading for a complete planetary collapse. It will be a massive “domino effect” the horrors of which will be unimaginable…

In the United States and the West we are faced with only one choice for survival, an extreme regrettable choice. The other choice of ignoring reality ends in collapse or civil war, or both, and is suicide so that is not an option. When this and the essays were originally written America was on verge of collapse  but now violence is brewing under the guise of social justice and China is pulling ahead and America is now, in fact, collapsing. The following are a series of essays that lay out the problem and the only viable solution. It is the separation of the red and blue states and areas which is the only way sanity and stability can be restored and we have collectively gone insane. Time to act but we may have waited too long as It is obvious the military has also been compromised. Today I am watching the fall of Afghanistan. Only an idiot could not have foreseen that. We have been betrayed from within. The actions we have witnessed on the streets, the actions of most sports and Hollywood celebrities, the action of a significant portion of the citizenry, and the actions of those in the halls of government are not the actions of sane, rational people. Crazy, stupid and/or emotional people get you killed. The first 8 essays are laying the groundwork for Essay 9 so if you are pressed for time go to Introduction and then Essay 9. You will reject it so then read the others to see why I reached this conclusion. If you are a boomer or Generation Xer your life doesn’t depend on it but your grandchildren’s lives do. Yes the time has come to talk of many things because the lives and very existence of your children and grandchildren depend on it. 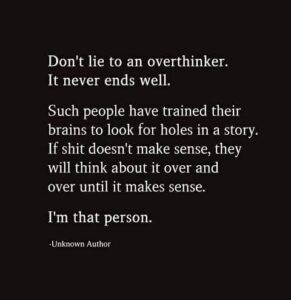